The hot July was favorable to stocks. On stock exchanges, summer months are quieter than other months. Trading volumes are lower, as a result of which stocks move more on thinner trading than at other times. When trading is lower, you don’t need to draw as strong conclusions from price changes as at other times. Small news that would normally swing the price only a little can in the summer result in meritlessly large moves.

The HCP Quant fund rose by 2.58% in July. The benchmark index MSCI ACWI SMID Value Total Return’s performance was a bit lower at +2.49% in euros. The US enjoyed a cheerful time with the S&P 500 Total Return index rising by 3.54% in euros. Europe missed the party while returning +0.28%. 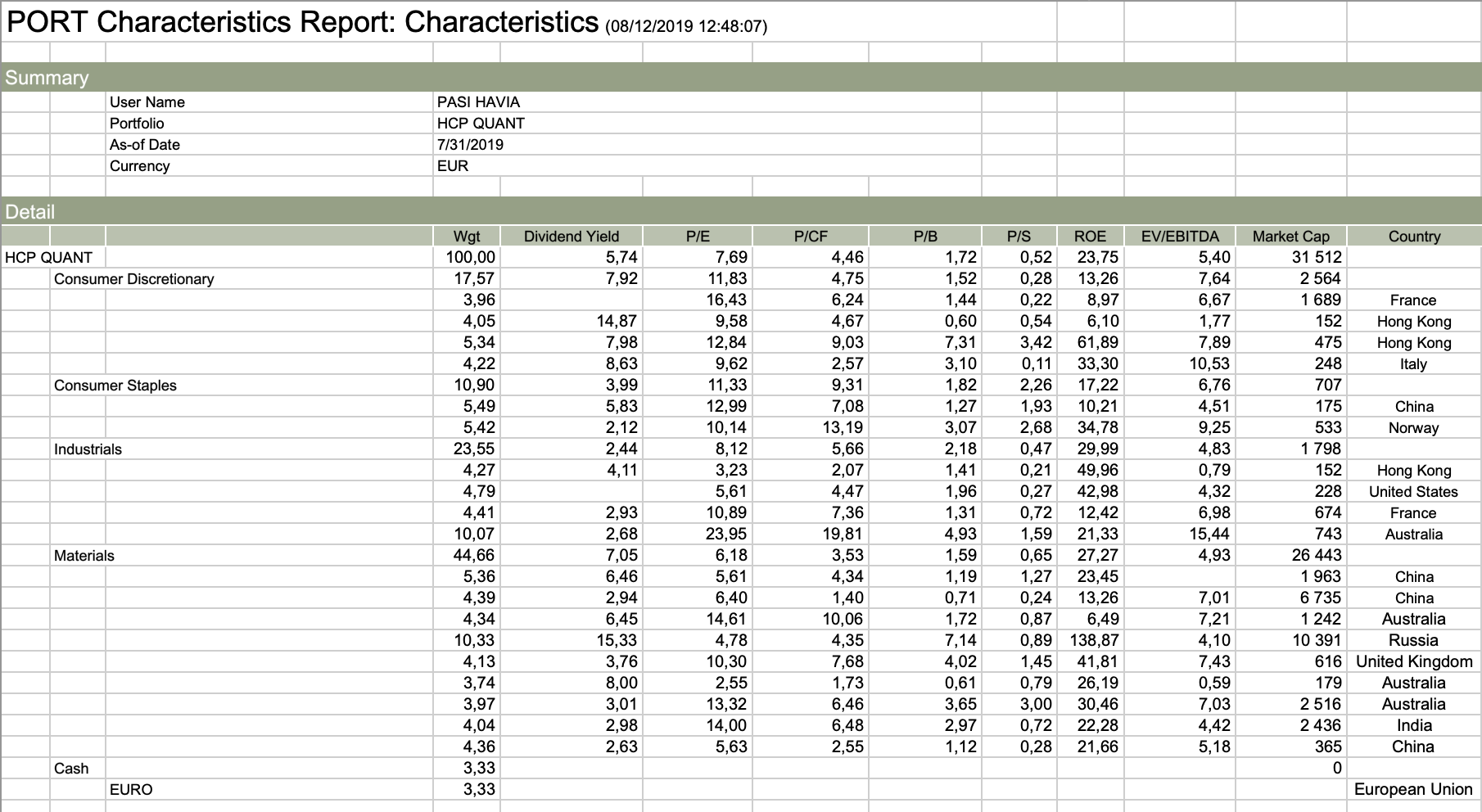 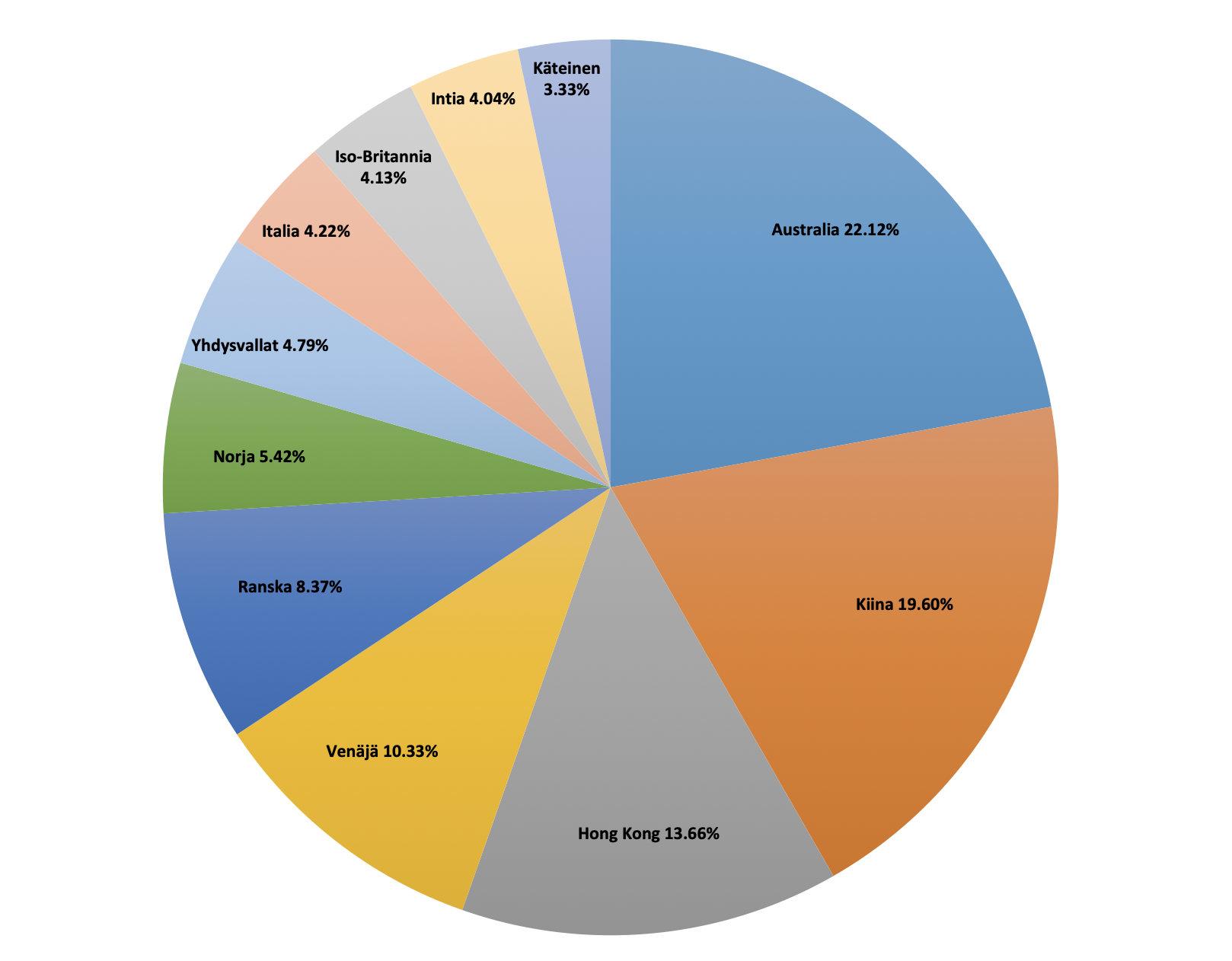 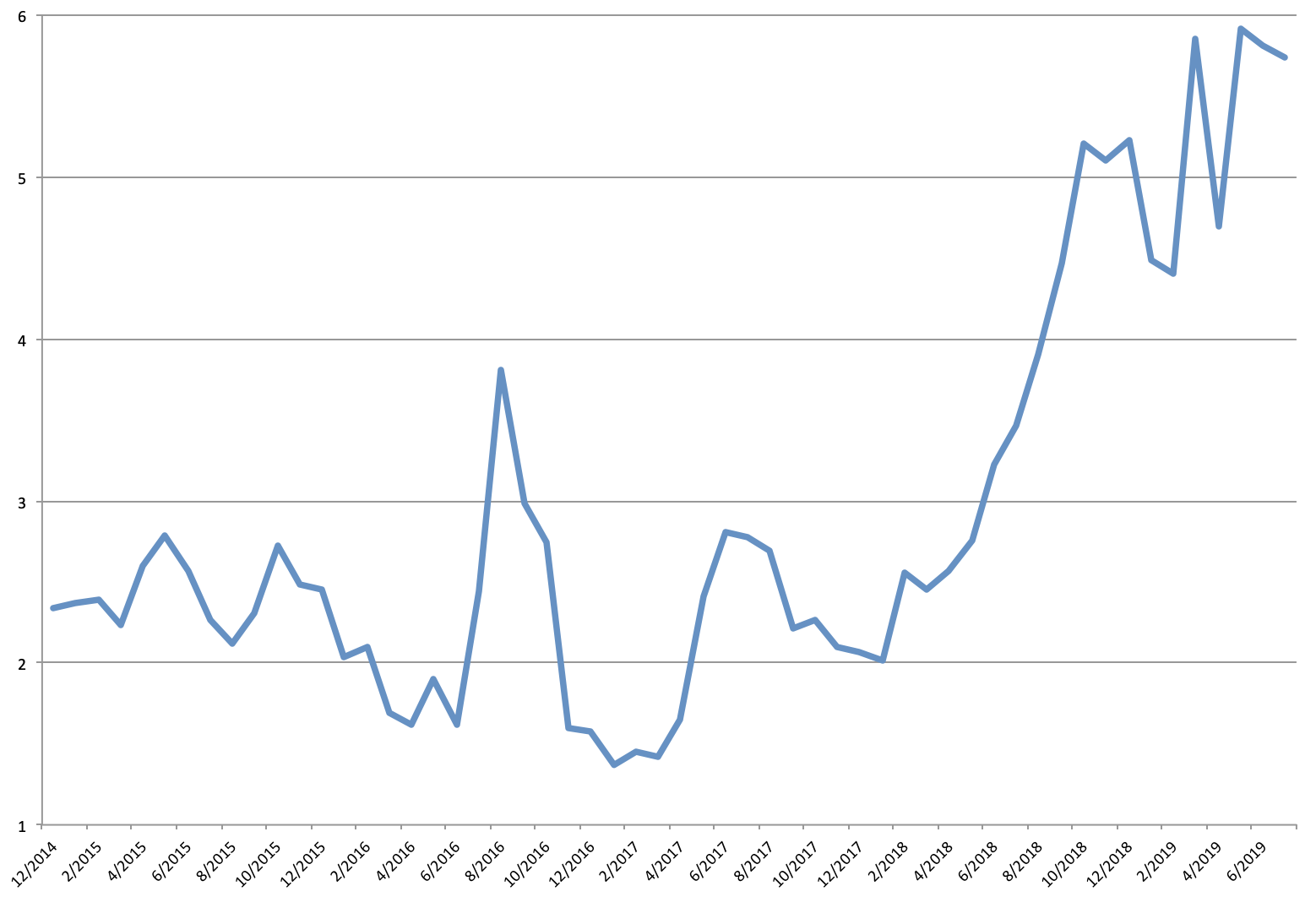 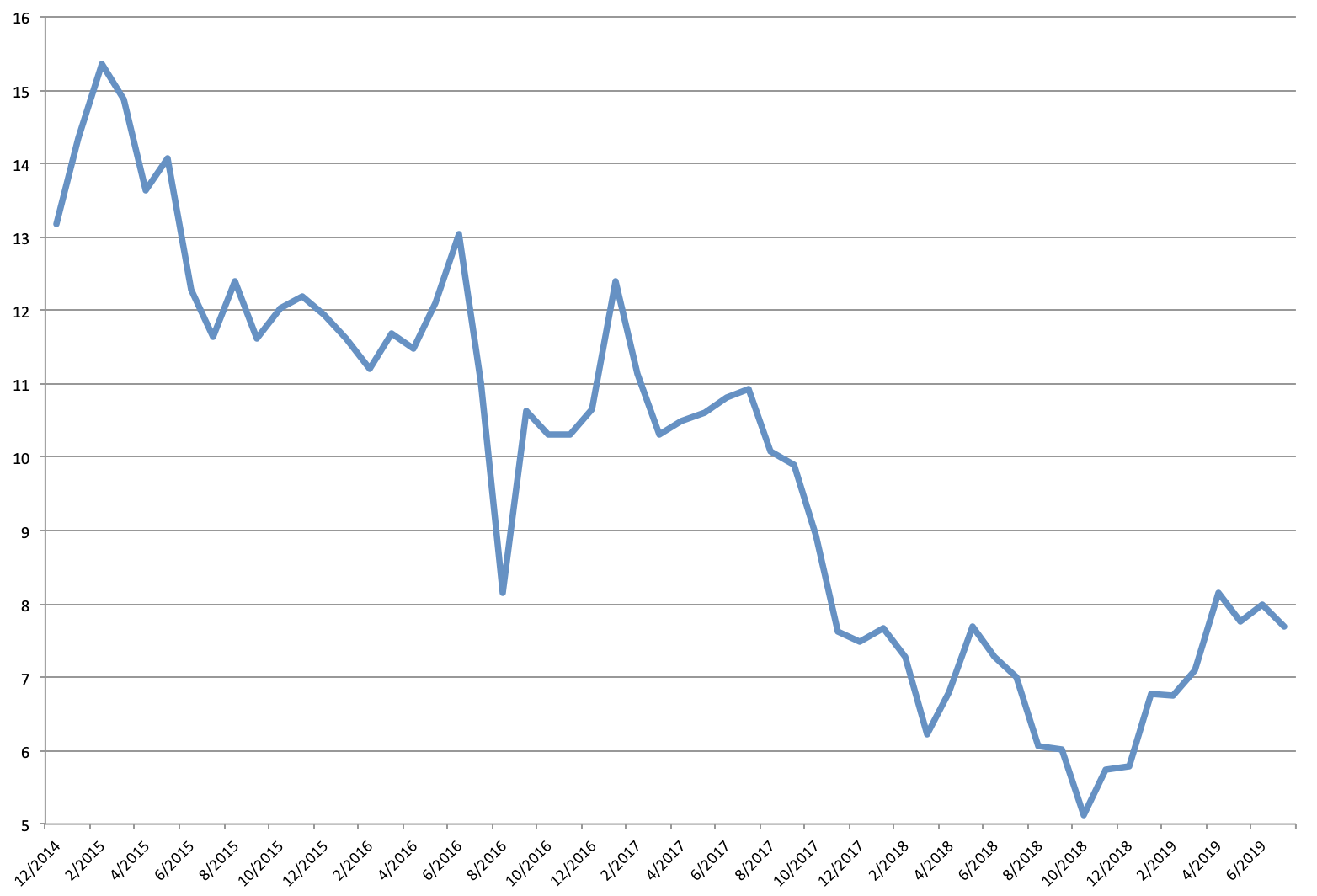 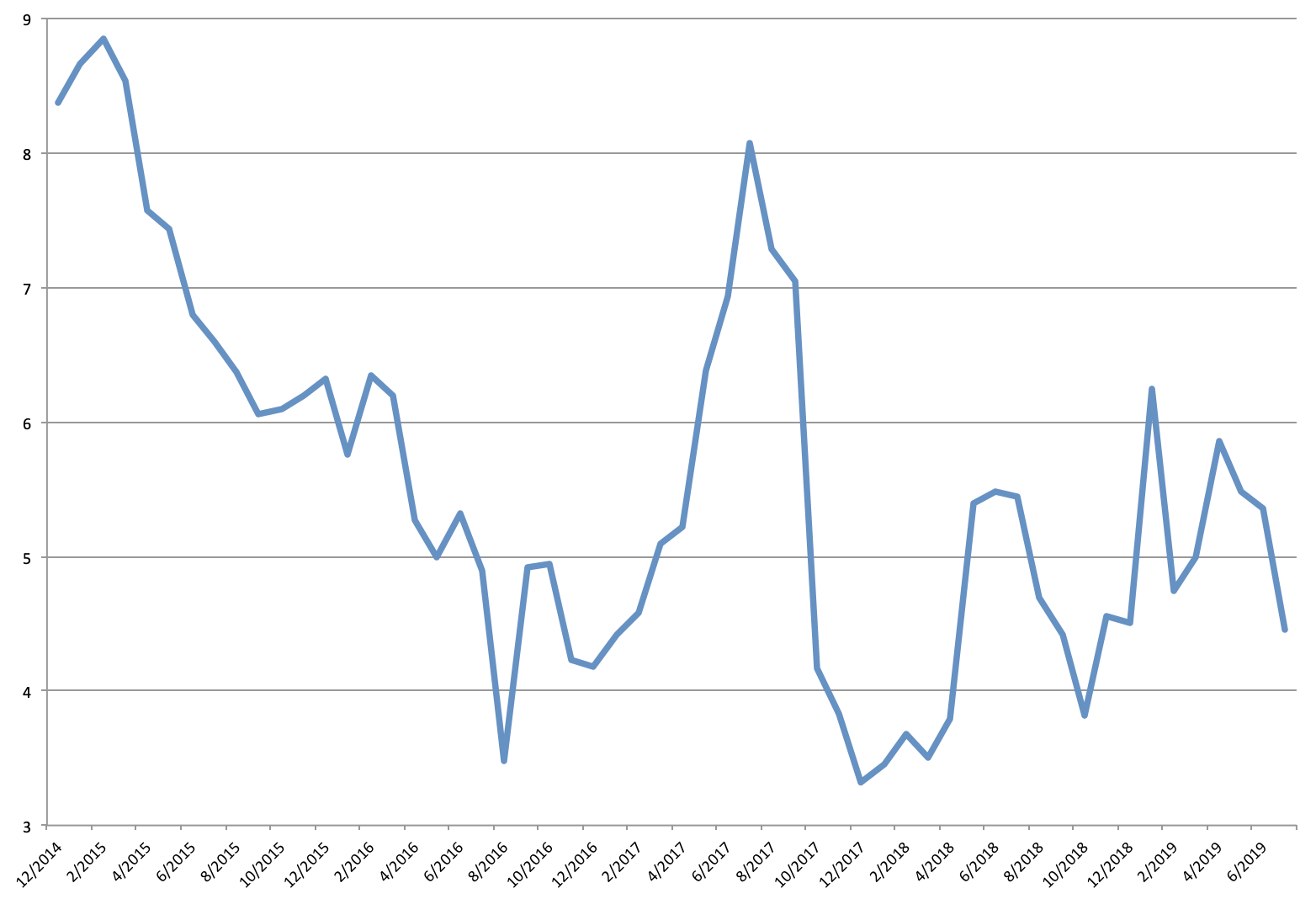 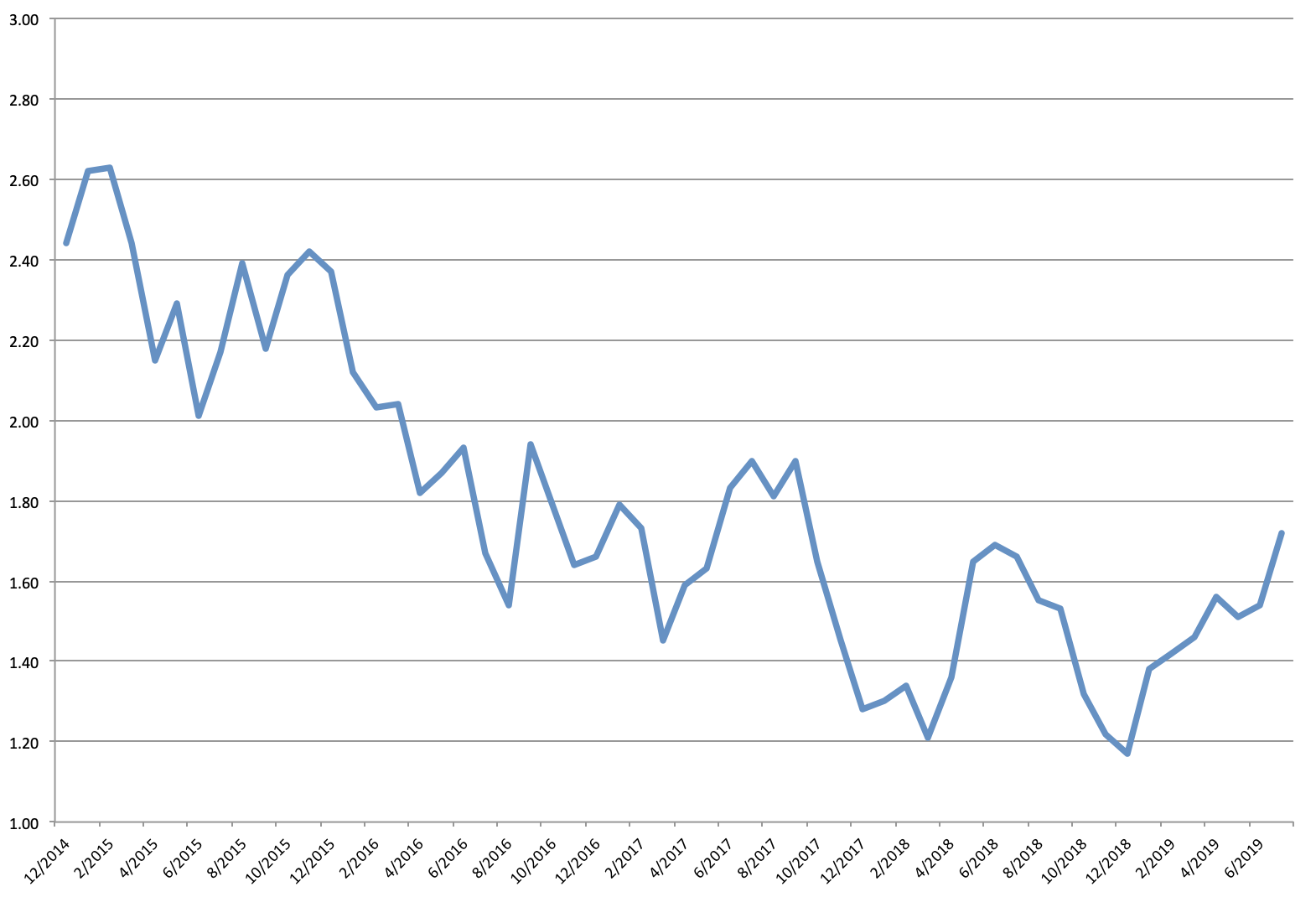 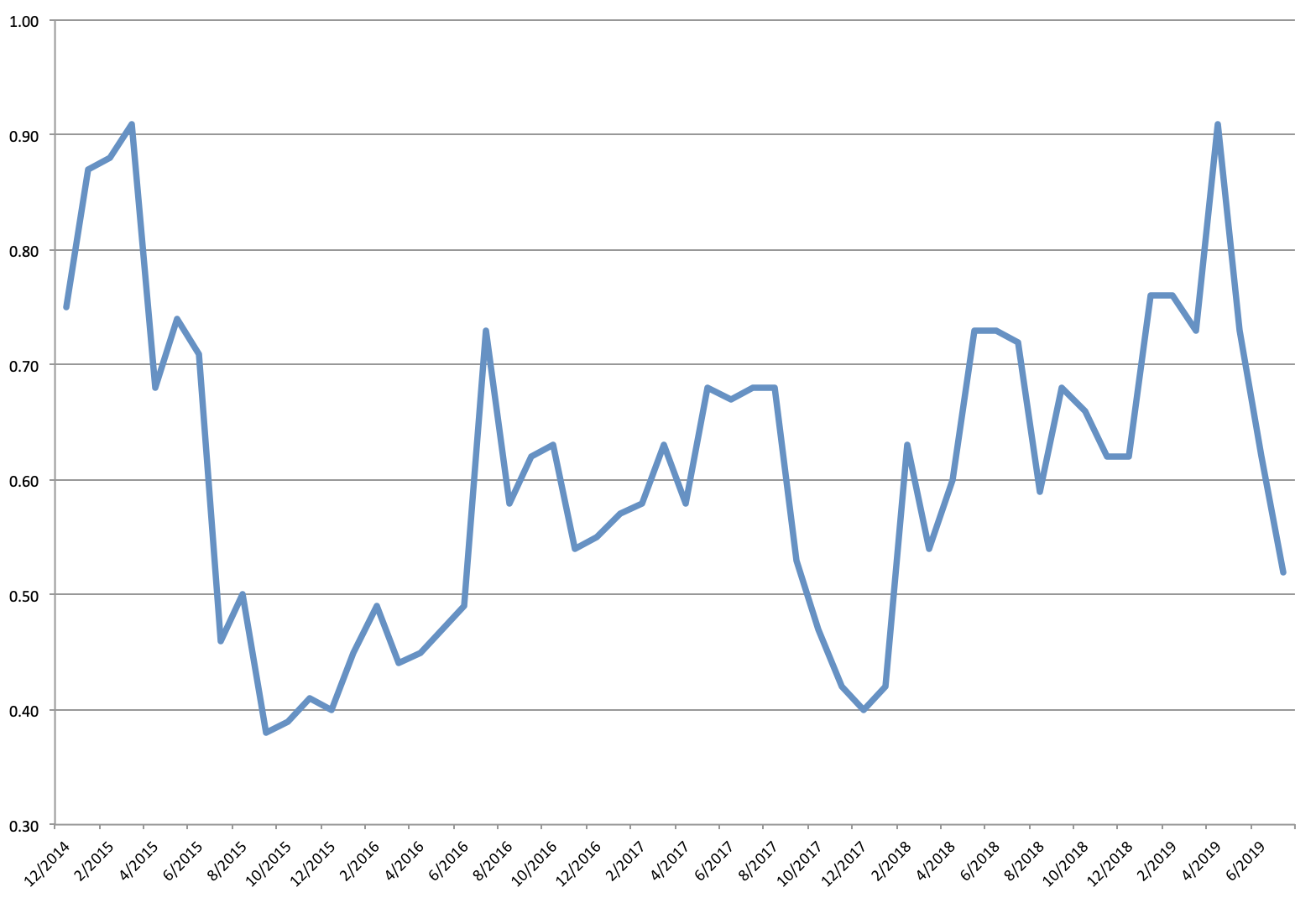 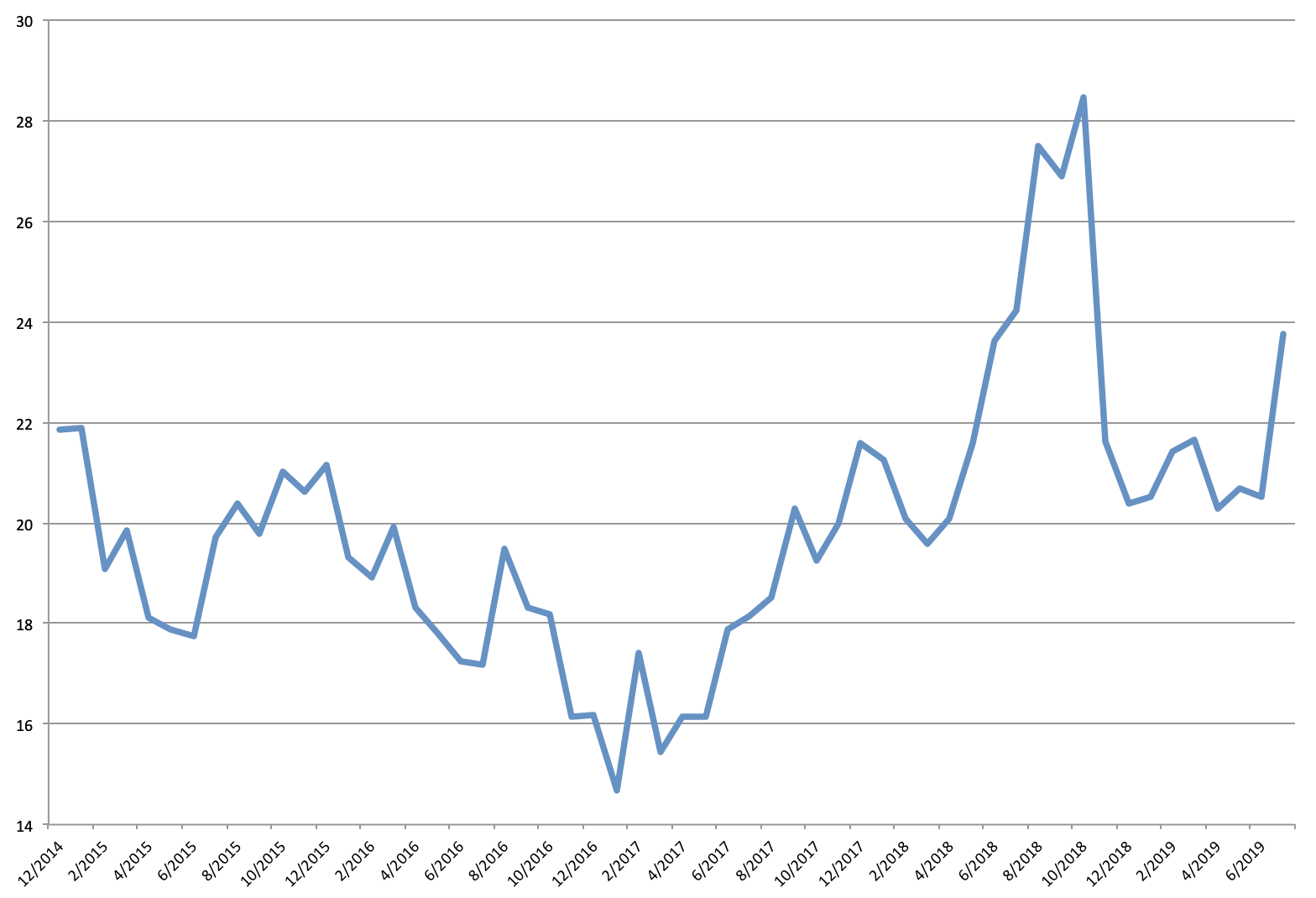 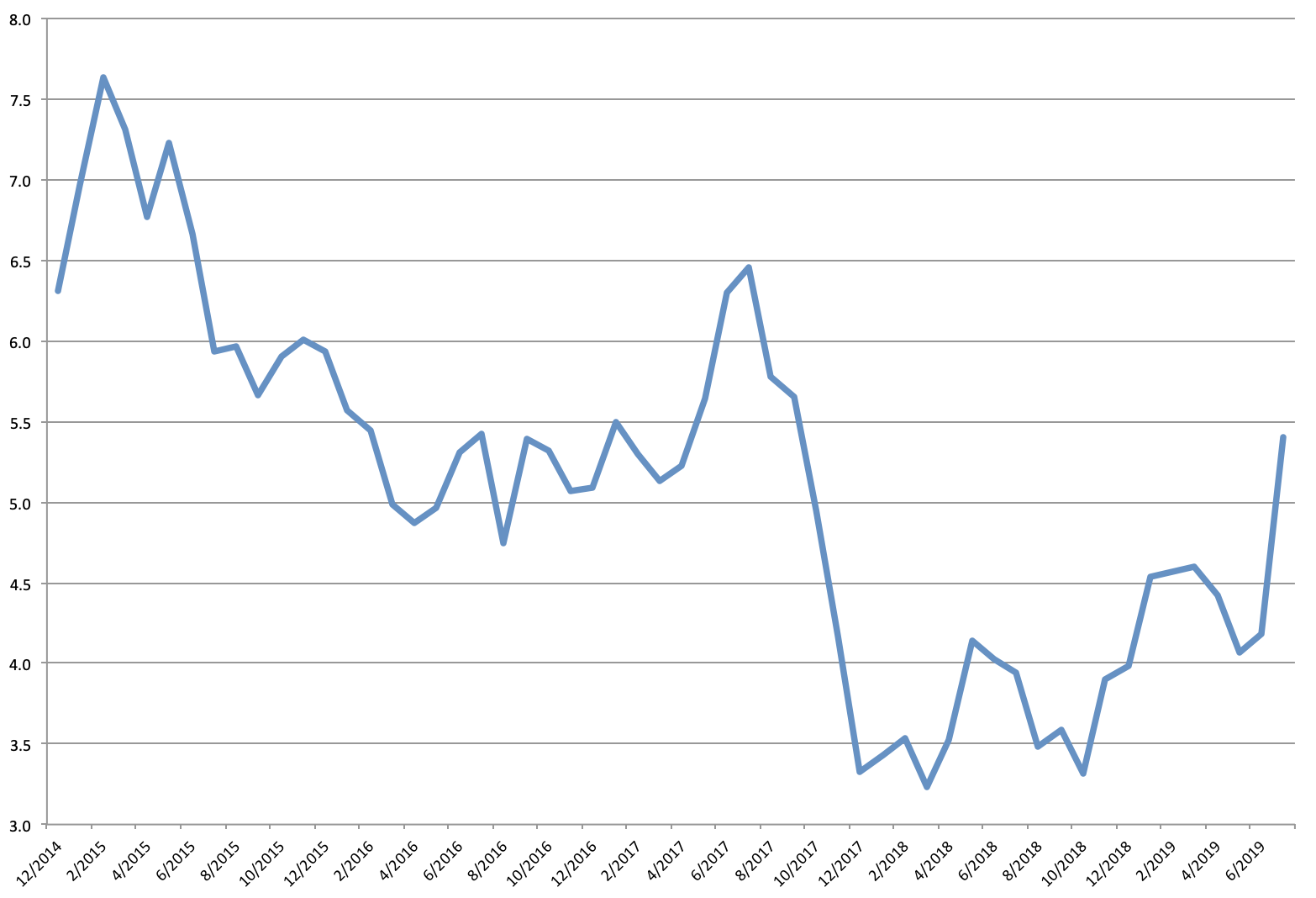 Last time I went through the fund’s key ratios four months ago. I have now updated the ratios manually on a monthly level. No large changes have taken place. All key ratios are still strongly on the so-called deep value end, so the fund is exposed to undervalued stocks in line with its strategy.

The investments’ geographic diversification has on the other hand changed much more. At the last evaluation, China’s weighting was the highest at 31% and now it has dropped to second place with a 20% weighting. Australia has risen to the highest weighting, whose most important trading partner is in turn China. Australia’s weighting has increased from 19% to 22% since the last evaluation. Hong Kong and Russia’s weightings have not seen large changes. The United States has shrunken from 15% to less than 5%, so it is clear that HCP Quant’s development does not follow the benchmark index MSCI ACWI SMID Value Total Return. In the MSCI ACWI SMID Value Total Return, American stocks make about half the index. Australia, China, and Hong Kong together constitute 55% of the fund’s investments, which means that China still has a great impact on the fund’s development.

Below is a comparison between HCP Quant and the US S&P 500 index’s key ratios. It gives a good perspective on how much cheaper valued stocks the fund is invested in.

In the second week of July, one of HCP Quant’s companies, The Scottish Salmon Company PLC,  announced a potentially up-coming buyout. Several different parties have formally expressed their interest in buying the company partly or in its entirety but without committing to an offer. These parties are now studying the company. The Scottish Salmon Company has announced that it does not comment on the negotiations. Decisions are expected in September. Investors have received the news with open arms and the shares trade at a level approximately 20% higher than before the news broke. At this point, there is no certainty of a transaction taking place.

Jack Vogel writes of an interesting exercise in his Value Investing & Concentration article. Much has been written of value investing and its results generally. On the other hand of concentrated value-investing portfolios with fewer companies have been researched much less. In the exercise, Jack formed two universes of the 1000 largest companies out of FactSet’s database, both in the United States and in developed markets. He studied how hypothetical 50-, 250-, and 500-company value-investing portfolios would have performed at different times. The exercise thus included large and mid-sized companies. HCP Quant’s investments are in small and mid-sized companies, and they are concentrated in an even smaller number of companies than in this exercise.

On the left is the US markets’ (Universe VW) and different value investing portfolios’ annual returns and on the right the same for developed markets 1.1.1989-30.6.2019 (Source Alpha Architect). In developed markets, concentrating investments in 50 companies would have nearly doubled returns. In the US too concentrating value investments would have significantly increased returns.

In the medium term (10.5 years) the situation changed. As is well known, the past ten years have passed dominated by growth companies, and this can be seen in Vogel’s results. Because concentrating a portfolio sharpens its exposure to selected factors, in the US the returns weakened in the medium term when the portfolio’s concentration was higher. Correspondingly, the wider the portfolio was diversified the better it fared. For developed markets, the medium term’s result was not as clear. Equal-weight value investing portfolios nevertheless outperformed the wider market.

The last five years are a story of their own. If the last ten years have been challenging to the value investor, then the last five have been pure torture. Growth companies have outperformed value firms significantly. In the US, the higher the concentration of a value portfolio, the more it lagged the market. Growth companies on the other hand outperformed markets. Ouch!

A value investor who formed his portfolio using EBIT/TEV only would have made a loss, especially if fees are taken into account. For developed markets, the situation was luckily not as bad.

On the left, annual returns for the US market and different-sized portfolios and on the right for developed markets 1.7.2014-30.6.2019 (source Alpha Architect). What can we learn from this exercise? First of all that value investing is a long-term activity. Secondly, even if outperformance in the long term is rich, the underperformance over a shorter period can be painful. Thirdly, the more concentrated a value-investing portfolio is, the more it is exposed to select factors. When the market cycle has favored the value investor, a concentrated portfolio has had majestic returns. Correspondingly when it has been out of fashion, the performance has been chilling. This is what is meant by “no pain, no gain” in investing. As the counterweight to good returns comes pain, which the investor who has chosen this investing style must bear. Bumps in the investing road in turn can be evened out by increasing diversification geographically as well as the number of companies.